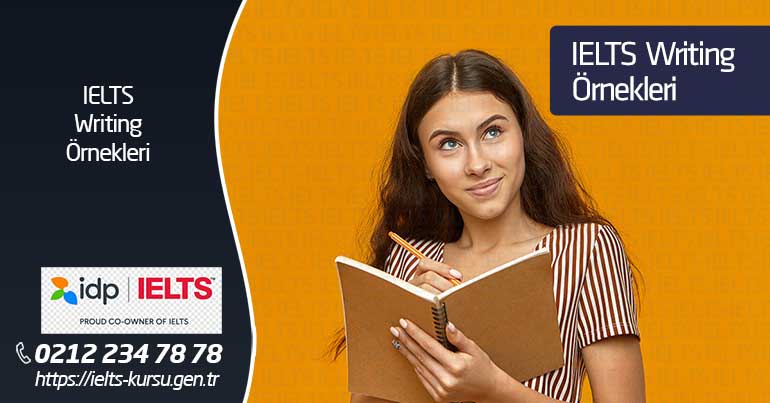 #1 The bar chart below gives information about the percentage of the population living in urban areas in different parts of the world.

Soru: The bar chart below gives information about the percentage of the population living in urban areas in different parts of the world. 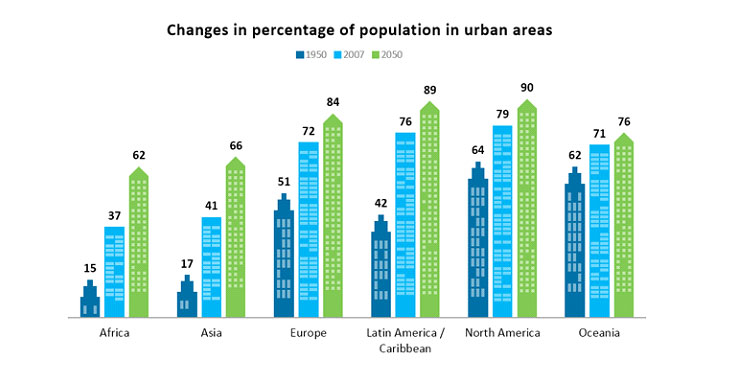 The bar chart shows the proportion of the population living in rural areas in six different continents (Africa, Asia, Europe, Latin America, Caribbean, North America, Oceania) in the years 1950, 2007 and the predictions for 2050.

In 1950, the percentage of people who were living in Africa was only 15% which was the minimum ratio all over the World. The figure rose dramatically to 37% in 2007 and it is predicted that such steady increase will continue to rise up to 62%. However, in North America the percentage of people was approximately four times more than that of Africa (64%). It considerably went up by 15% and this trend will continue reaching the peak of 90% that will be the all time high all over the world.

Regarding other continents, it is clearly seen that Asia, Latin America/Caribbean and Europe experienced a dramatic rise of 24%, 24% and 21% respectively whilst Oceania’s total population percentage soared steadily by 9%, reaching the level of 71% from 1950 to 2007. Moreover, for all urban areas in different parts of the world will continue to increase for the predicted future in 2050.

Kaynak: https://ielts-kursu.gen.tr
#2 The diagrams below give information about the manufacture of frozen fish pies.

Soru: The diagrams below give information about the manufacture of frozen fish pies. 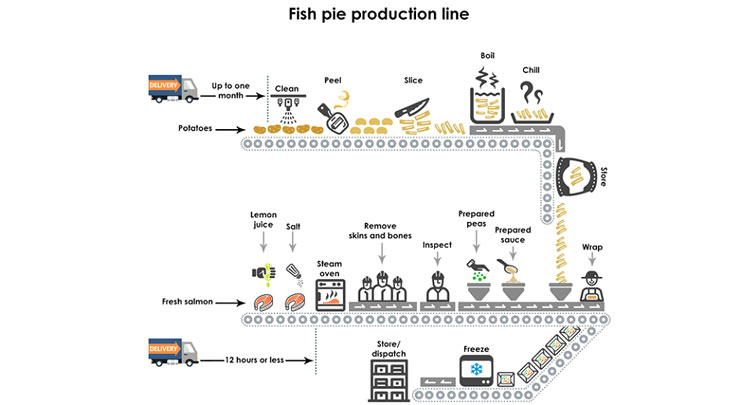 The given picture illustrates the various steps involved in the commercial production of frozen fish pies. Overall, it is apparent that four ingredients are used such as fresh salmon(a large edible fish), peas, Sauce and potatoes. The preparation process is separate for each ingredient.

To begin with potatoes, The potatoes are delivered to the factory up to a month in advance. Potatoes are cleaned, peeled and sliced respectively. These slices go through boiling and chilling stage before storing for the pie preparation. Turning to the fish preparation, it takes more time than the preparation of potatoes. Fish delivered to the factory within 12 hours. Lemon juice and salt are added to these slices before they are steamed in the oven. In the next step, skin and bones removed by hands. All the material go through the visual inspection step.

Peas and Sauce are needed for the pie preparation. Pies are collected in microwaveable containers. Peas and Sauce that are prepared added to the fish, and then the pie is covered with cooked potato slices. The pies are wrapped manually and are frozen before they are either stored or dispatched.

Kaynak: https://ielts-kursu.gen.tr
#3 The graph below gives information about how much people in the United States and the United Kingdom spend on fuel.

Soru: The graph below gives information about how much people in the United States and the United Kingdom spend on fuel. 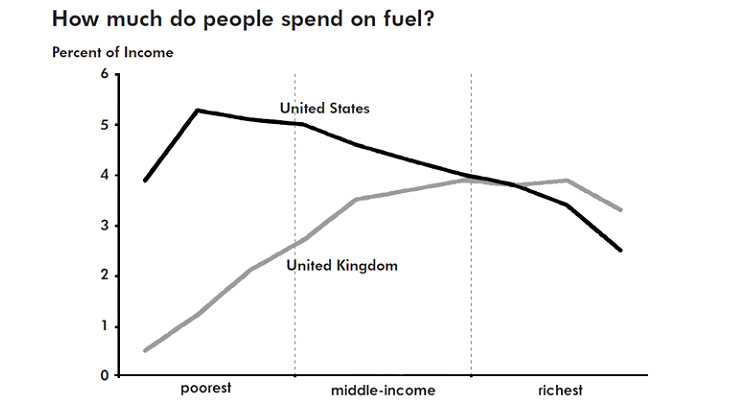 The provided line graph illustrates detailed information about the proportion of expenditure on the petrol of people from the UK and the USA among the three classes.

At first glance, the United States of America is inversely proportioned in comparison with the United Kingdom in the figure for income spending on petrol. To be more precise, the higher percentages of money in the US, which are paid for gas, the lower rate of this in the UK.

On average, it is noticeable that the figure for the expenditure of the poorest American was approximately 5-fold higher than this in the UK. Nevertheless, there were equal figures in the payment of the richest inhabitants in both countries, which accounts for just under 4% of ones’ wages. Besides, the majority of expenses go to the poorest kind of people paying money for petrol live in the United States, while the amount of currency spending for gasoline of the poorest American contributes to roughly 0.5%.

It is noticeable that in terms of Americans, the poorest ones can be the highest consumers of petrol, at over 5% of their income. The middle-income and the richest only spend nearly 5% and 4% of their earning respectively. The most affluent group of people can use about 4% of their salary for petrol in the UK.

A comparison of the proportion of students who rated McGill University good for five different aspects in 2005, 2010 and 2015 is charted in the given table.Overall the students’ rating was mostly positive in all the three years, except in case of the range of modules offered. As per the chart, most students were very satisfied with the library resources all through the period, and the rate was between 86 and 88. A considerable proportion of students rated the quality of teaching good (between 74 and 78) despite a mere dissatisfaction in 2010 (72). Another area where the students found themselves comfortable with was the sports and social facilities, and the satisfaction rate for this stood constant, when exactly 65% responded positively to it. It is interesting to note that there was a considerable growth in the proportion of students who marked student’s services as good which made it the most positive aspect of the University by 2015. (The growth percentage ranged between 54 and 95). The only exception was in the case of range of modules offered. Here, a decline is seen in the rate of students who marked it as satisfactory (from 39 to 25 between 2005 and 2015).